What are AZ Furs? 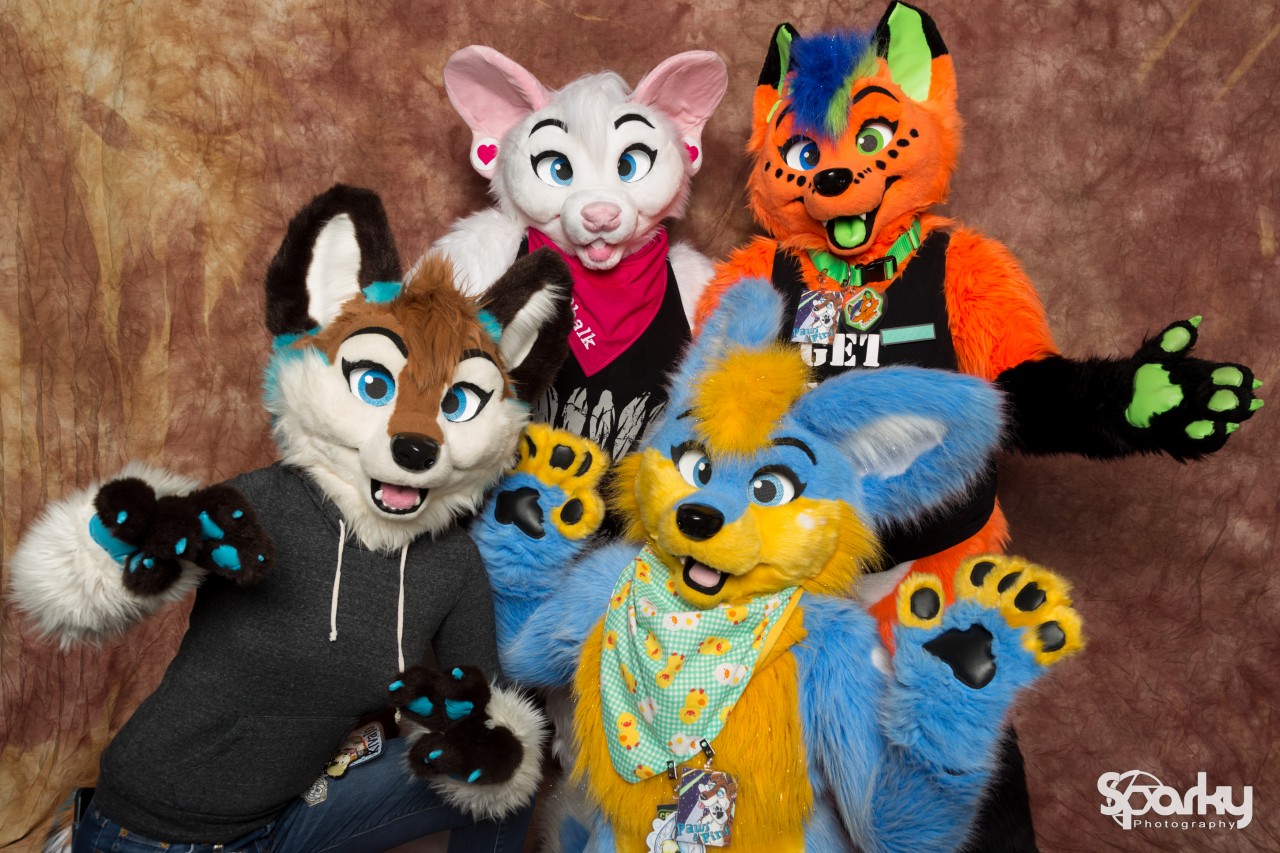 Updated 07/30/21
AZ Furs are Furries in Arizona. The real question you might have is, "What are furries?"

The term furry describes a diverse community of fans, artists, writers, gamers, and role players. Most furries create for themselves an anthropomorphized animal character (fursona) with whom they identify and can function as an avatar within the community. Some furries wear elaborate costumes or paraphernalia such as animal ears or tails, or represent themselves as anthropomorphic animals in online communities such as Second Life, VR Chat, NeosVR, and more.

Furry fandom is an inclusive term that describes the community of furries that span online, local, and international settings. The furry fandom is global, with thousands of local groups existing worldwide and hundreds of conventions held annually. Like many fandoms, furries overlap with other fandoms such as anime or science fiction.

Furries are often associated with a particular type of art or genre such as sci-fi or fantasy. Furry characters and stories frequently overlap with these genres but they should not be confused with them. There are lots of other fandoms that play with other fantasy tropes and creatures, but Furry is 'about' animal characters.

Furries are not a specific age or gender demographic because the fandom is so diverse. A furry can be an introvert or extrovert, they can be any gender and any age. Many furries have interests in comics, arts, and/or games. However, there are no expectations that all one's interests must converge into one particular area (e.g. comic books, anime, video games, science fiction etc.). There are many types of furs in our community. There are furs who enjoy all things involved with the fandom, such as artists who drew their own furry character and promote the works and make the character a 'fursona' (which is like your own personal mascot) or those that have learned to sew and make full-body suits to wear at events.
If you have any other questions, please feel free to contact us!
Source: http://furscience.com/whats-a-furry/

Furries Of Anthrocon: Beneath The Fursuit | NBC News

Anthrocon 2014 rolled into Pittsburgh and with it 6,000 Furries. Amna Nawaz dives into what makes these people dress and play in full-body fursuits

Being a Furry for a Day

Billie JD Porter parties with the furries of San Diego for a day. Watch the series on All 4

After recording a few songs in a hotel room in Phoenix, Pepper and myself sat down in fursuit to recording our version of the 1990 classic, More Than Words by Extreme. All original with Pepper even laying down the guitar for this track.

Our locals are bursting with talent!  Here is our very own Pepper Coyote and his friend Duke doing a live recording in Fursuit.

Tags What are furries azfurs AZ Furs furries about
PRINT